We at Global Wanderings are true explorers! We love to venture to the far corners of this amazing planet. Articles on our travels below.

Padrão dos Descobrimentos is a monument on the northern bank of the Tagus River estuary, in the civil parish of Santa Maria de Belém, Lisbon, Portugal.

Life is Extra Good when you are on a Cruise Ship! Episode Two…

On September 20, 2014 once again we sailed, heading out from Fort Lauderdale, Florida this time to the Eastern Caribbean.

The name Caribbean comes from its people the ‘Carib’ who were the last group to rule the area before the Spanish, Portuguese, Dutch, French, Danish and British invaded.  READ MORE:

Life is Extra Good when you are on a Cruise Ship!

The Global Wanderers returned to the United States of America, where they quickly jumped at the opportunity to join a cruise and ventured into the Caribbean.

Another Trek Across the Australian Outback 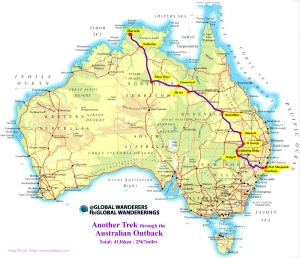 Having loaded up our Subaru OUTBACK it was time to ‘Bugger Off’ from Darwin, Northern Territory, which has been our home for nearly a year. We were appropriately driving through the Aussie OUTBACK — destination, Wauchope, New South Wales. Our journey would take us 4136 Kilometers or 2567 Miles, from the Top End of Australia, through the OUTBACK to the Mid North Coast of NSW. READ MORE:

Beneath a Picturesque Thai Fishing Village

A couple of flights from Darwin to Bangkok, Thailand, via a stopover in Kuala Lumpur, Malaysia, followed by a five-hour drive and a half-hour ferry trip bought us to our destination, the island of Koh Chang. While there we took the opportunity to explore a local fishing village. Up the narrow river, from Salak Khok Bay, Koh Chang, Thailand, nestled in mangrove forest lays a picturesque fishing village. This fishing village has existed for over a hundred years and has grown to not much more than its original state. Despite the world progressing around it, it would seem time has stood still. On closer inspection however, effects of the modern world can be seen.  READ MORE:

Ramblings of a Beachcomber! 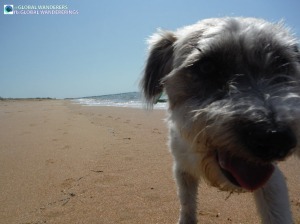 Although the air was still a little cool from the night I could feel the warm sun on my skin. The calm water was so clear, little fish were easily seen swimming in front of the gently breaking waves. With hardly a cloud in the sky, the sun, already halfway to its highest point, sparkled off the water like fairy dust. I am a beachcomber and nothing brings me more joy than contemplating life’s wonders while wandering beside the ocean. I spent a month combing Far Beach (Mackay, Queensland, Australia) and the experience was truly inspiring. People could always be seen walking along this beach, some relishing the gentle waves with feet in the water, some scattered further up the sand. On this vast expanse of shore it never felt crowded. I could only see a handful of people at a time, more than a few walking their dogs. READ MORE:

WOW! Look what we found ~ A little treasure on the beach! 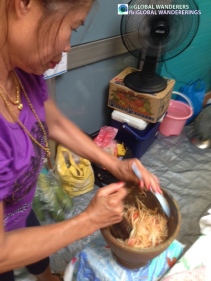 Pulsing with color, noise and action, this scene at the local farmers market is typical of Darwin, a city that’s closer to Asia than it is to the rest of Australia, both geographically and in spirit. The northern capital is home to people representing over 100 cultures, each somehow managing to retain its essence. It’s more a mélange than a melting pot.

Some of the best food we have had is at the many local markets, where cross-cultural influences and abundant tropical produce is everywhere!   READ MORE: 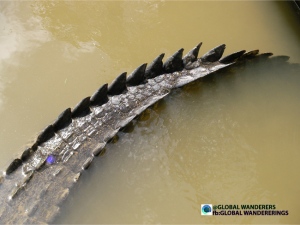 Barramundi fishing in croc infested waters! Darwin, NT, Australia has some of the best fishing in the world; despite the dangers of salt water crocodiles. The scene looks beautiful put the photos can’t capture the inferno like temperature or the constant buzz of insects! Our croc loving friend, Troy Walsh, took us on this treacherous adventure with promises of a seafood feast upon completion. His promises were accompanied by far to little sunscreen, shade or bug spray! READ MORE:

emote and arid, the Australian Outback is a landscape which offers a striking contrast to the better known beach towns of Australia. Lynne and I left Mackay, Queensland, after completing our Quest for the Elusive Platypus. Our new quest for Aboriginal Culture and dramatic wildlife would take us from the sandy beaches of Queensland, through the bush, (land outside urban areas) and into the Aussie Outback, delivering us to the tropical Top End. A new adventure had us in its grip and we were heading to Darwin, capital city of the Northern Territory. Darwin is located on the northern central coast of Australia, thus earning the name ‘Top End’ and is a location filled with danger!  READ MORE:

Quest for the Elusive Platypus

Knowing an early start was needed to increase our chances for a platypus sighting, the alarm woke us at 5am! All my research indicated dawn and dusk were the best times to see this incredibly shy mammal. Above the surrounding sugarcane planted fields lay our destination, Eungella National Park, Queensland. We climbed high up into the cloud-shrouded mountain range. The steep road wound up through a mossy, dense subtropical rain forest filled with eucalyptus and huge palm ferns.                  …Did we find one? READ MORE: 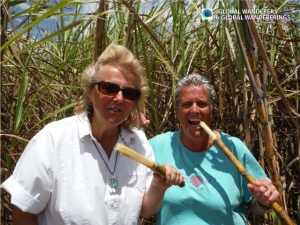 Discovering and exploring the source of local economy can be an exciting adventure for any traveler. In Mackay, sugarcane and coal are the major sources of income and employment. As luck would have it, friends of ours, Malina and Pete, own a sugarcane farm, so, off we went with great excitement to get an up-close look at a working sugarcane farm! This adventure came with the added possibility of a platypus sighting in a nearby creek, which sweetened the deal beyond cane farming alone. READ MORE:

The Land ‘Down Under’!

The name Australia comes from the Latin word, ‘Australis’ meaning ‘southern’. As the name would indicate we are now in the southern hemisphere, where the water goes down the drain backwards* and cars are driven on the left side of the road. Feeling flipped over, upside down and backwards we hit the ground running!

On the list of necessities for any traveler is accommodation, transportation and communication. Fortunately during our first month in Australia… READ MORE:

Kangaroos on the Beach! 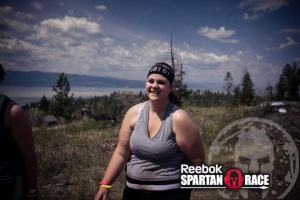 An unassuming hero, 23yr old Melinda Juell from Missoula was a participant in the Montana Spartan Race, May 2013. We first noticed Melinda as she was nearing completion of this rigorous challenge, a three plus mile, fifteen obstacle mountain race set up in the Montana wilderness. The obstacles required, climbing, crawling under bridges and barbwire, and fire jumping just to name a few, with plenty of mud mixed in for excitement. She had just completed an obstacle which required her to carry a heavy sandbag up and over a steep muddy hill. READ MORE:

Oh Lawd, these Cajuns sure know how to throw a party!

We met up with them there Cajuns riverside, at the Bywater in Asheville, NC, USA, a unique private club with a magnificent view of the French Broad River. The crawfish were ALIVE and ready for boiling—in a pot made from an old beer keg! John Frederic, who delivered the fresh crawfish, had us all laughing as he shared humorous tales of life in the bayou. Steamy nights, cold beer, crawfish and silly Cajuns playing tricks on each other go hand in hand. Apparently you can do a lot more with crawfish then just eat um! With his rich accent our focused attention was required.

Let me have a go at recounting the process involved in a crawfish boil. READ MORE:

The next ‘Big Trip’…

“Hmmm,” I said with an excited smile, “where should we go next, Lynne?”

“It doesn’t worry me,” Lynne responded with the heart of a gypsy!

Our flights are booked! We leave the USA in less than a week for Sydney, Australia!

What started 35 years ago as a local artisan’s street fair, Bele Chere—’Beautiful Life’ in Scottish — has become the Southeast’s largest free music and street festival, drawing over 350,000 visitors for three days of mirth and merriment. Lynne and I were determined to fully experience this rich cultural heritage, its many artists, musicians and culinary delights, for Bele Chere, 2013, would be the last one held in downtown Asheville. Although the festival is hugely popular it is not without controversy.  READ MORE:

To be kept up to date with travel destinations and when the book will be released just enter your details below:

Yes, I want to READ the Book!
Please let me know when it’s released
and any other travel adventures… 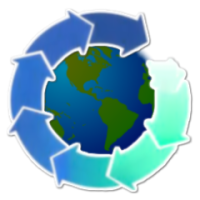 … BOOK OF OUR ADVENTURES OUT SOON! …

Yes, I want to READ the Book! Please let me know when it's released and any other travel adventures...